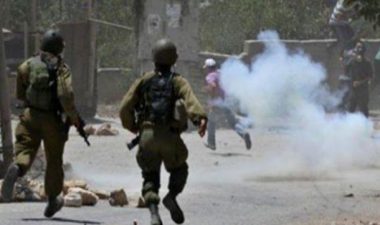 Media sources said dozens of Palestinians marched in the town, chanting against the ongoing illegal Israeli occupation of Palestine, including occupied Jerusalem, and calling to liberation and independence.

They added that the soldiers invaded the town and started firing gas bombs and rubber-coated steel bullets at the protesters, causing many to suffer the effects of teargas inhalation.

The Palestinians were also expressing their rejection to the illegal U.S. recognition of occupied Jerusalem as the unified capital of Israel, and the decision to move the embassy to the city, in direct violation of various United Nations and Security Council resolutions.