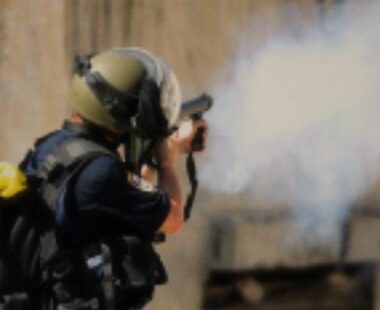 Israeli soldiers invaded, on Friday at dawn, several areas in the central West Bank city of Ramallah, and injured three Palestinians, including one who was shot with live fire.

Media sources said the soldiers attacked Palestinians, protesting the invasions into their communities, and fired many live rounds, rubber-coated steel bullets, and gas bombs, at the residents.

They added that the soldiers shot Wa’el Affana and Nasser Jaradat with rubber-coated steel bullets in their legs, in Qaddoura refugee camp.

The soldiers also shot Na’im Froukh with a live round in the arm, near Palestine Medical Complex in Ramallah.

In addition, the soldiers invaded several neighborhoods in the nearby al-Biereh city, before withdrawing from the area.