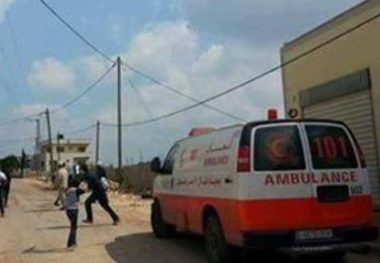 Israeli soldiers shot and injured, on Friday evening, twelve Palestinians, including five with live fire, and caused dozens to suffer the severe effects of teargas inhalation, after the army attacked nonviolent protesters, marching against the new Israeli decision build a settlement on Palestinian lands, east of Ramallah, in the occupied West Bank.

The procession started from Kafr Malek and al-Mogheer villages, east of Ramallah, rejecting the Israeli plan, which will lead to more illegal annexation of their lands and orchards.

The soldiers resorted to the excessive use of force against the protesters, and fired dozens of gas bombs, concussion grenades, live rounds and rubber-coated steel bullets.

Medical sources said at least five Palestinians were shot with live fire, and 7 with rubber-coated steel bullets, in addition to 14 persons, who suffered the effects of teargas inhalation.

The sources added that several journalists, and photojournalists, suffered the effects of teargas inhalation, two of them were identified as Zaher Abu Hasan and Nasser Shiokhi.

All wounded Palestinians were moved to clinics and medics centers in Ramallah district, including the Palestine Medical Complex in Ramallah, and the Military Clinic, in Turmus Ayya nearby town.