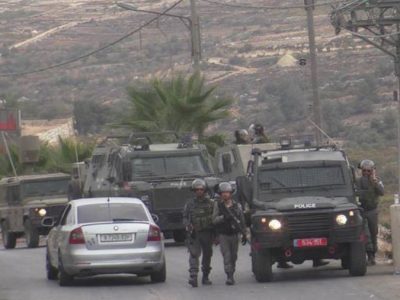 The residents were marching while carrying Palestinian flags, demanding Israel to release the corpse of Khaled Bahar, 15, who was killed by army fire last week.

Mohammad Awad, the media spokesperson of the Popular Committee in Beit Ummar, said the soldiers were stationed at the entrance of the town, and started firing rubber-coated steel bullets and gas bombs at the nonviolent protesters.

Awad added that two young men were shot with rubber-coated steel bullets in their legs, while scores of residents suffer the severe effects of teargas inhalation.