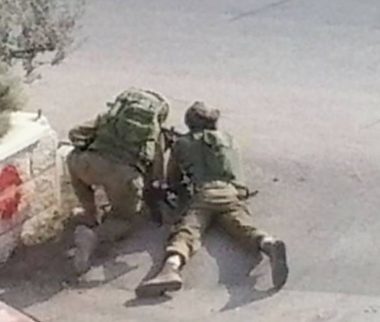 Dozens of Israeli soldiers invaded, on Saturday at night, the al-‘Arroub refugee camp, north of the southern West Bank city of Hebron, and fired at local protesters, in addition to spraying homes and cars with wastewater mixed with chemicals.

Media sources in Hebron said the soldiers fired many rubber-coated steel bullets, gas bombs and concussion grenades at many youngsters, who hurled stones at the invading armored vehicles.

They added that many Palestinians, including those in their homes, suffered the effects of teargas inhalation, and received the needed treatment.

The soldiers also used vehicles to spray the homes and cars with wastewater mixed with chemicals, which is one of the methods used by the military is suppressing protests in the occupied West Bank.