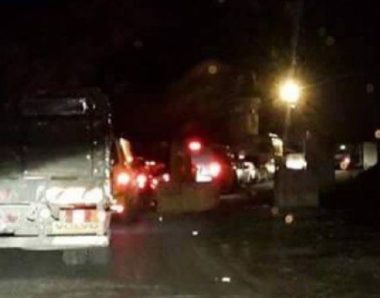 Media sources said several army jeeps invaded the town, especially its center, and drove around its streets and alleys.

They added that many Palestinians protested the invasion, and hurled stones at the military vehicles, while the soldiers fired gas bombs, concussion grenades and flares, causing a fire in a land in the western part of Beit Forik.

Furthermore, the soldiers closed the military roadblock at the entrance of the town, and prevented the Palestinians from crossing.