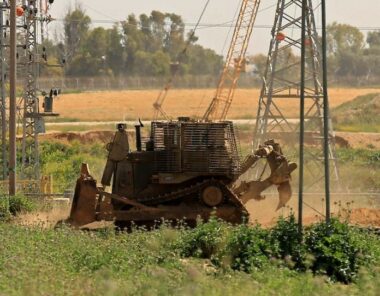 On Tuesday, several Israeli military vehicles, including bulldozers, invaded Palestinian farmlands near the perimeter fence north of Beit Lahia in the northern part of the Gaza Strip.

They added that the soldiers fired smoke bombs while bulldozing the lands and installed sand hills near the fence while military drones and helicopters flew overhead.