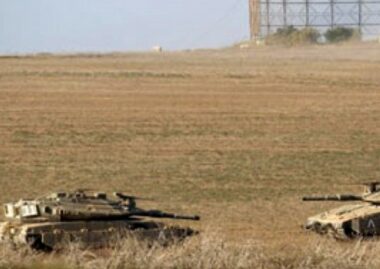 Media sources said the soldiers invaded the lands near the perimeter fence and advanced dozens of meters before bulldozing sections near the fence and installing sand hills.

They added that the soldiers fired several live rounds and smoke bombs to force the Palestinian farmers to leave their lands.