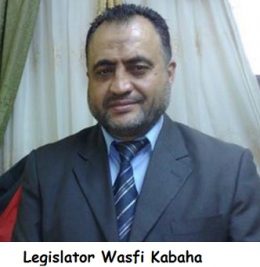 Israeli soldiers kidnapped, earlier on Wednesday, at least six Palestinians, including two teenagers, in different parts of the occupied West Bank, after invading their homes and searched them.

Bahar was kidnapped from a bakery where he works, after the soldiers assaulted him, causing cuts and bruises. The soldiers also searched his home, in addition to the homes of Bahar and Sa’id Mustafa ‘Aadi.

In addition, the soldiers invaded Beit Fajjar town, south of Bethlehem, searched many homes and kidnapped a young man, identified as Ala’ Mohammad Taqatqa, 21.

The soldiers also summoned two children, identified as Abdul-Qader Sultan Taqatqa, 15, and Issam Mohammad Taqatqa, 15, for interrogation in the Etzion military base, south of Bethlehem.

Two Palestinians, identified as Jamal al-Badan, 17, and Ammar Yasser al-‘Amour, 17, were also summoned for interrogation, after the soldiers invaded and searched their families’ homes in Teqoua’ town, east of Bethlehem.

Furthermore, several military vehicles invaded the northern West Bank city of Jenin, and Kar Dan village, west of the city, and kidnapped a former legislator and two young men, after searching their homes.

The Palestinian Prisoners’ Society (PPS) said the soldiers kidnapped legislator Wasfi Kabaha, 52, from his home in the al-Bustan neighborhood in Jenin, and Luay Tafish, 28.

It is worth mentioning that legislator Kabaha was kidnapped and imprisoned at least nine times, spending more than fourteen years in prison, including being repeatedly held for extended periods under Administrative Detention order, without charges or trial.