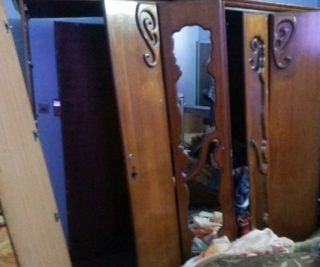 Hundreds of Israeli soldiers invaded, on Thursday at dawn, several communities in the Nablus district, in the northern part of the occupied West Bank, violently searched dozens of homes, causing excessive damage, and kidnapped thirteen Palestinians, including security officers.

Media sources in Nablus said hundreds of soldiers invaded kafr Qalil village, south of Nablus, approximately at three at dawn, before storming and ransacking many homes, including destroying walls, allegedly searching for weapons.

In a statement, the Israeli army said the soldiers found what it called combat equipment, including pistols and bullets.

The massive and violent invasions and searches of homes and property led to clashes between dozens of youngsters and the soldiers. The youths hurled stones and empty bottles at the invading army vehicles, while the soldiers fired live rounds, rubber-coated steel bullets, and gas bombs.

Medical sources said a young man was shot with a live Israeli army round, and suffered a mild-to-moderate injury. The soldiers also broke into the home of a Palestinian police officer, identified as Ehad Joseph Mansour, and violently searched the property, causing excessive damage.

The invasion was still ongoing until the time of this report, the PPS said, and identified the kidnapped as:

Meanwhile, the Bethlehem office of the Palestinian Prisoners Society (PPS) in the occupied West Bank has reported that Israeli soldiers invaded Hindaza area, and Aida refugee camp, kidnapped two Palestinians and summoned two others for interrogation.

On Wednesday at night, the soldiers kidnapped a young Palestinian man from Meithaloon village, southwest of the northern West Bank city of Jenin, after stopping him on a military roadblock near Qalqilia. The Palestinian has been identified as Adel Wasfi Rabay’a.