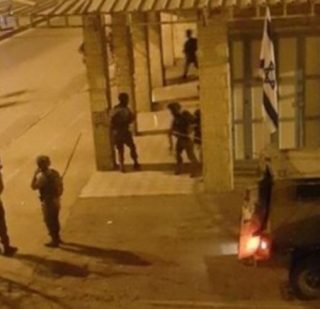 The Hebron office of the Palestinian Prisoners Society (PPS) said the soldiers invaded Wad as-Somman area, in Hebron city, and kidnapped a young man identified as Hamdi Adnan Abu Turki, before taking him to an unknown destination.

The PPS added that the soldiers also invaded the al-‘Arroub refugee camp, north of Hebron, and kidnapped Dia’ Jabr at-Teety, 33.

The soldiers also confiscated the car of at-Teety’s father after searching it and their home.

In the Gaza Strip, the soldiers, stationed on military towers across the border fence, fired several live rounds at farmers in their lands, east of the Zeitoun neighborhood, in Gaza city.