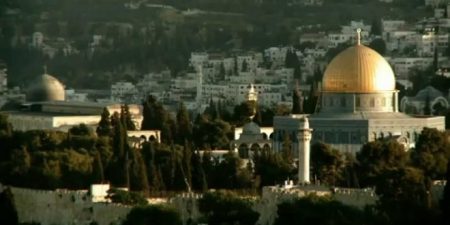 Hebrew Radio, on Thursday, announced that the Israeli mayor of Jerusalem, Nir Brakhat, has issued a resolution to Israeli officials and police, calling for halting the Azan (Muslim call to prayer) in Jerusalem, because it is “noisy.”

According to the PNN, Brakhat sent a letter to the head of the Israeli police in Jerusalem, Major General Yuran Helevi, asking him to cooperate on the issue and find a solution to stop what he called “the noise”, adding that he had received several complaints about it.

This morning, as well, a group of Israeli settlers from Pisgat Ze’ev settlement held a demonstration outside Brakhat’s house, complaining about the sound.

This is not the first time such call has been made.

In march, Israeli right-wing MK, Moti Yoges, had proposed a vote to restrict the Azan from being broadcast on loudspeakers, an idea that was presented in previous years, as well.