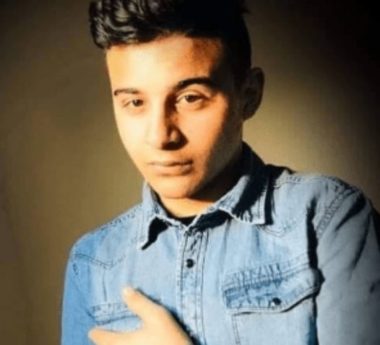 Media sources said dozens of soldiers invaded the refugee camp and attacked local youngsters, who protested the invasion into their alley and neighborhoods.

They added that the soldiers fired many live rounds at the unarmed protesters, and at random, in addition to rubber-coated steel bullets and gas bombs.

Medical sources in Hebron said the soldiers killed a child, identified as Zeid Fadel Qaisiyya, 15, after shooting him with a live round in the head.

They added that the soldiers also shot four other Palestinians with live fire; two of them were shot in the chest and abdomen, and two in their lower extremities.

His mother stated that her son was not taking part of any protest, and added that he, his brother, and some of his cousins, went to the rooftop of the house after hearing what sounded like concussion grenades, but that is when he was shot.

His brother, after seeing him collapse on the ground, thought he was joking, but when he checked on Zeid, he found the blood on his face, as the bullet struck him in the face and exited from the back of his head.

The family lived in a five-story building, and Zeid was on the rooftop along with his cousins to watch the unfolding invasion.

His brother Jihad, who was standing next to him when Zeid was shot, said that they just went to the rooftop to see what was happening when a soldier targeted them.

Jihad added that he and his slain brother were not part of any protests that took place when the soldiers invaded the refugee camp. “We were just on the rooftop, watching when the soldiers fired the shot, ” he said.