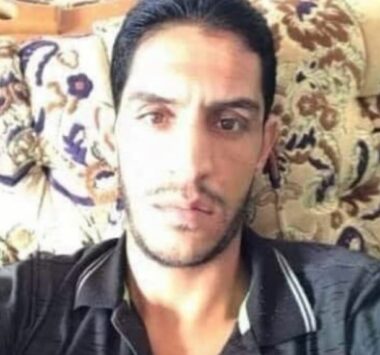 Israeli soldiers killed, Monday, a young Palestinian man near Bad Hotta, one of the gates of the al-Aqsa Mosque, in occupied East Jerusalem, reportedly after he attacked officers, wounding one.

On Monday at night, the soldiers also abducted Tareq and his brother, Atef Sbeitan, near the al-Aqsa Mosque.

The slain Palestinian was shot with at least three live rounds in the chest, one of them struck his heart, and was left on the ground without medical attention for about 90 minutes, while the soldiers “secured the area”, and the Israeli medics tended to the wounded officer.

The soldiers later abducted his mother, and two of his brothers, while crossing the “Container” military roadblock, near as-Sawahra ash-Sharqiya town, and summoned a few of his relatives for interrogation.

Eyewitnesses said the soldiers fired a barrage of live rounds at the young man, inflicting serious wounds, before closing the area, and prevented Palestinian medics from approaching him.

One of the medics, identified as Emad Hijazi, of the Al-Amal Society For Medical Services, said that he and his colleagues were praying at the Al-Aqsa Mosque when they hear several shots nearby and rushed to the scene.

Hijazi added that the Israeli soldiers and police officers assaulted him and his colleagues, before forcibly removing them from the area. The Palestinian eventually bled to death after being denied the urgently needed medical treatment, while Israeli medics tended to the wounded officer, 19, who sustained a moderate injury.

The wounded officer is a member of the Israeli “Border Police;” Israeli medics transferred him to Shaare Zedek Medical Center, for further treatment.

The intensity of Israeli fire also caused an injury to one Palestinian woman, who was walking nearby with her daughter.

The woman said that after hearing the shots, and after being injured, she looked around trying to find her daughter, but she was nowhere to be found, apparently managed to seek shelter.

The eyewitnesses stated that one of the Palestinian worshipers, who was leaving the Al-Aqsa Mosque, also tried to tend to the wounded Palestinian but the soldiers and officers removed him from the scene and prevented anybody from approaching him.

The soldiers and officers later opened the Chain Gate, also one of the gates of Al-Aqsa, and allowed the Palestinian worshipers to leave through it.