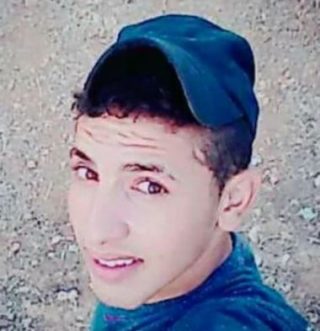 Israeli soldiers shot and killed, on Sunday at dawn, a Palestinian teen from Beit Rima town, northwest of Ramallah, in the occupied West Bank, after several military vehicles invaded the town leading to clashes with dozens of local youngsters.

The Palestinian Health Ministry has reported that the slain teen has been identified as Ahmad Hazem Ata Rimawi, 19, from Beit Rima. It added that Rimawi was shot with several live rounds, including a bullet that was lodged in his heart, and died from his serious wounds while being rushed to Yasser Arafat Hospital in Salfit, in central West Bank.

It is worth mentioning that Ahmad is the son of Hazem Rimawi, who was a former political prisoner, held by Israel for 14.5 years, and was only released three months ago.