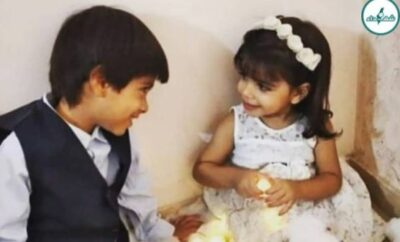 Israeli soldiers killed, Wednesday, at least twenty Palestinians during ongoing bombardment and shelling targeting all parts of the besieged and impoverished Gaza Strip. The Israeli missiles struck homes, residential buildings, infrastructure, streets, and many other facilities.

Update: In a recent airstrike at night, Wednesday, the Israeli missiles killed two children, identified as Mariam Mohammad Odah at-Tilbani, 3, and her brother Zeid, 5, in their home in Tal al-Hawa neighborhood, in Gaza city.

Media sources in Gaza said the soldiers killed three Palestinians and injured at least one, in an Israeli airstrike in the Nusseirat refugee camp, in central Gaza.

They added that the Israeli missiles targeted Palestinians and buildings in one of the alleys of the refugee camp; the two slain Palestinians, and the injured, were moved to the nearby Al-Aqsa Hospital. In addition, Palestinian medics and rescue teams found the corpse of one Palestinian under the rubble of a building in Beit Hanoun, in northern Gaza. Two Palestinians were killed in the Israeli strikes on the building, and the third is the one whose corpse was found today.

According to the Health Ministry in Gaza, Israeli missiles have killed more than 65 Palestinians, including sixteen children and five women, in addition to the injury of more than 365 Palestinians, many of them are in critical conditions.

Two of the slain Palestinians, Sa’id Salem al-Hatto, 65, and his wife, Maysoon, 60, were killed in an Israeli airstrike that targeted a car they were in the as-Sabra neighborhood in Gaza city.

The slain Palestinians have been identified as: