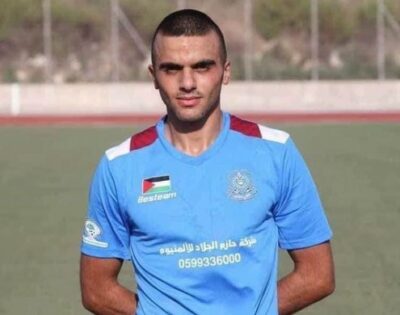 On Thursday dawn, Israeli soldiers killed a young Palestinian man and injured thirty-seven, including three who suffered life-threatening wounds, after dozens of army jeeps invaded the eastern area of Nablus city in the northern part of the occupied West Bank.

The invasion led to protests before the army fired a barrage of live rounds, rubber-coated steel bullets, gas bombs, and concussion grenades.

Medical sources said the soldiers killed a young man, Ahmad Atef Mustafa Daraghma, 23, from Tubas in the northeastern West Bank, after shooting him with two live rounds in the back and one in the leg.

Ahmad was an athlete and a known soccer player with the Thaqafi Club in Tulkarem, in the northern part of the West Bank.

They added that the soldiers also shot six Palestinians with live fire, including three who suffered life-threatening wounds and three who were injured by shrapnel, and two who were shot with rubber-coated steel bullets in the eye and the arm, in addition to at least 29 who suffered the effects of tear gas inhalation.

Also, the Lion’s Den resistance group said in a brief statement that its fighters exchanged fire with the invading Israeli soldiers and hurled pipe bombs at their vehicles.

Shtayyeh also called on the international community and human rights groups to intervene and help end the illegal Israeli occupation and its ongoing crimes against the Palestinian people and to prosecute Israel for its war crime.

It is worth mentioning that the army frequently invades the eastern area of Nablus to accompany the colonists into the Joseph’s Tomb historic site, an issue that leads to protests, in addition to the ongoing invasions of homes and the abduction of many Palestinians. 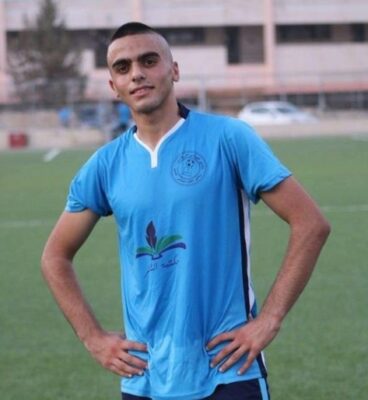 Joseph, the patriarch, is revered by Jews, Muslims, Christians, and Samaritans alike; however, the Israeli military allows Jews to visit as part of organized pilgrimages, despite the site being in Area A, where the PA has full control and prohibits Muslims from worshiping at the site.