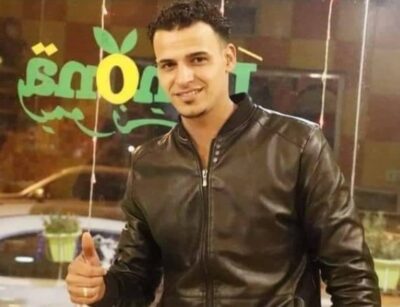 In the second killing on Sunday evening, Israeli forces shot and killed Mahmoud Sami Khalil Arram, 27, near the Jabara military checkpoint, south of Tulkarem in the northern West Bank.

Arram was from Khan Younis, in the southern part of the Gaza Strip, and had come to the West Bank in 2019 to treat a medical condition.

Palestinians from the Gaza Strip are rarely, if ever, allowed to enter the West Bank. This utter separation of the two Palestinian Territories has ripped apart families and kept the Palestinian people divided, unable to meet in person across the Israeli-controlled barrier. The Israeli military claimed that Aram was shot while trying to cross through a hole in the illegal Annexation Wall near Jabara.

In a statement, military officials claimed that soldiers “spotted a person who attempted to illegally cross the security fence” near the city of Tulkarem and fired at him.

It added that the soldiers shot at him in what the army called “in accordance with procedures.”

The Palestinian Health Ministry confirmed the identity of the deceased as Mahmoud Arram. He was taken to the Sheba Hospital in central Israel, where he died of his wounds.

His uncle said Mahmoud was receiving treatment for his eye, and due to the difficulty in returning to Gaza and leaving it again for his medical appointments, he decided to stay in Jericho until he finished his medical treatment.

The uncle added that Mahmoud had received treatment for the last three years. “He has appointments for his treatment and was hoping to finish his treatments and be able to come back to Gaza.”

“This is heartbreaking, devastating to all of us,” he added, “Mahmoud wasn’t a threat to anybody and just needed to finish his treatment. We are hoping Israel will transfer his body to us in Khan Younis so that we can give him a proper burial.”

The Israeli army repeatedly at Palestinians, especially workers, who are trying to reach their destinations, such as work or hospitals, through breaches of the illegal Annexation Wall.

This shooting of Arram came just after Israeli forces stationed in the southern part of the West Bank shot and killed a Palestinian teen there, claiming that he had trespassed onto the land of the illegal colonial settlement of Tuqu’.