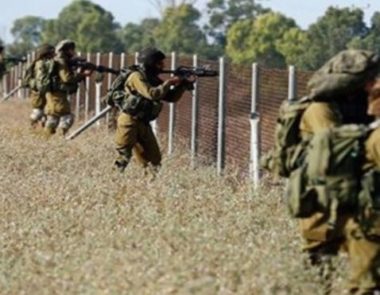 Israeli soldiers and navy ships attacked, on Thursday morning, Palestinian farmers and fishermen with live fire and shells, in the southern and northern parts of the besieged and impoverished Gaza Strip.

The farmers had to flee their lands and seek shelter away from the area to avoid further Israeli violations.

A similar attack targeted farmers on their lands, east of Shouka town, near Rafah, in the southern part of the Gaza Strip, and in Beit Hanoun, in northern Gaza Strip, forcing the farmers out of their lands.

In related news, Israeli navy ships attacked Palestinian fishing boats with sporadic rounds of live fire, and a few shells, while in Gaza territorial waters, in the northern part of the coastal region.

The attacks did not lead to casualties but forced the fishermen back to the shore without being able to fish to provide for their families.