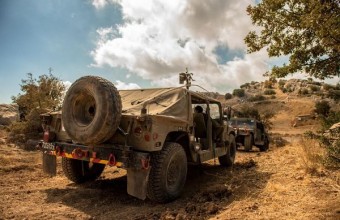 The sources added that the soldiers cuffed and blindfolded the two teenagers, and took them to Salem nearby military base.

The two were interrogated for several hours, before the army released them, and handed them to the Palestinian District Coordination Office.