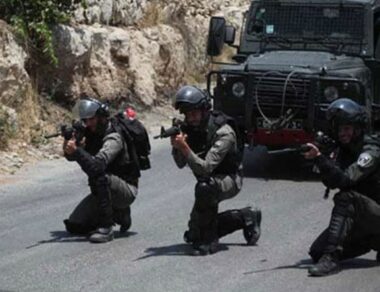 On Friday, Israeli soldiers shot a Palestinian child in the ‘Aida refugee camp north of Bethlehem in the occupied West Bank.

Media sources said many Palestinians marched near the eastern entrance of the refugee camp before the soldiers attacked them with live rounds, rubber-coated steel bullets, and gas bombs.

They added that the soldiers shot a child, 14, with a live round in the thigh before Palestinian medics rushed him to a hospital.

The soldiers also caused many Palestinians to suffer the effects of tear gas inhalation and obstructed traffic around the refugee camp. 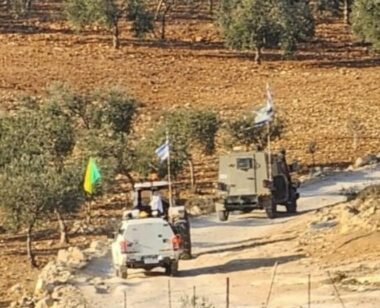 In Hebron, in the southern part of the West Bank, the soldiers invaded Palestinian farmlands and confiscated a tractor owned by Mahmoud Yousef Jabarin while plowing his land.

The army claimed the Palestinians entered “a closed military zone,” although he was on his land, plowing its and preparing to plant it.