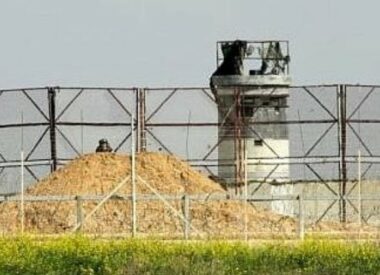 On Friday evening, Israeli soldiers abducted a young Palestinian man near the perimeter fence in the northern part of the besieged Gaza Strip.

The Israeli army said the soldiers arrested a young man who tried to breach the perimeter fence in northern Gaza.

It added that the soldiers searched the young man, who was unarmed and took him to an interrogation facility.

The Israeli army frequently abducts Palestinian farmers and workers near the fence across the eastern parts of the coastal region.

Many Palestinians also try to cross the fence searching for work due to the ongoing siege on Gaza and the alarming levels of poverty and unemployment in the impoverished coastal region.

On Thursday morning, Israeli navy ships attacked several Palestinian fishing boats in Gaza, forcing them to leave. The attack was the second in the two areas since Tuesday.