Israeli Soldiers Shoot A Man At A Roadblock Near Jenin 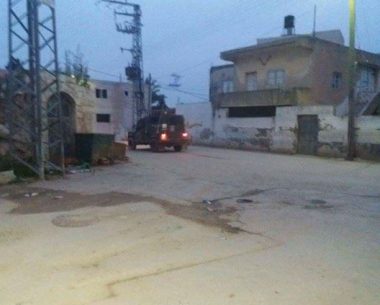 Israeli soldiers shot and injured, on Thursday evening, a Palestinian man after firing at his car, at a sudden military roadblock between Qabatia town and Msalya village, south of Jenin, in the northern part of the West Bank.

They added that the soldiers then ordered him to leave, and just after driving a few meters, one soldier opened fire at his car, wounding him in the shoulder.

A Palestinian ambulance then rushed to the scene, and moved the man to a hospital in Jenin city. The soldiers did not provide medical treatment to the wounded man, and did not attempt to abduct him.

It is worth mentioning that the soldiers also installed many sudden roadblocks near villages and towns in Jenin governorate, stopped and searched dozens of cars, and inspected the ID cards of the passengers.