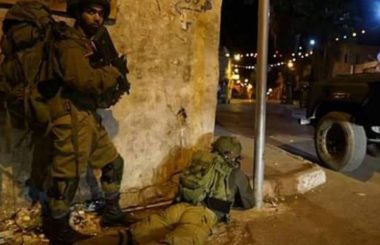 Dozens of Israeli soldiers invaded, on Tuesday at dawn, Doha town, west of Bethlehem in the occupied West Bank, and shot a young man, in addition to abducting a teenage boy in the Deheishe refugee camp, south of the city.

Medical sources said the soldiers shot a young man with a live round in the leg, before he was rushed to a hospital in Bethlehem, suffering a moderate wound.