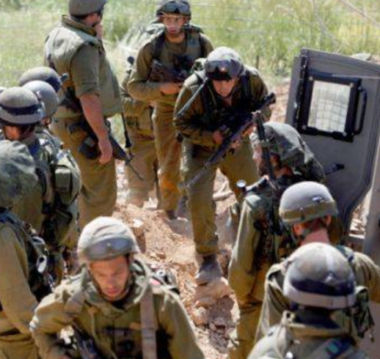 Israeli soldiers shot, Friday, a young Palestinian man near Beit Lahia town, in the northern part of the Gaza Strip, and fired many live rounds at fishermen, and at an observation post near Gaza city and Khan Younis.

The soldiers, stationed across the perimeter fence near Beit Lahia, fired many live rounds at the Palestinian, and injured him before moving him to an unknown destination.

Media sources said the post is near the an-Najjar neighborhood, east of Khuza’a town, east of Khan Younis.