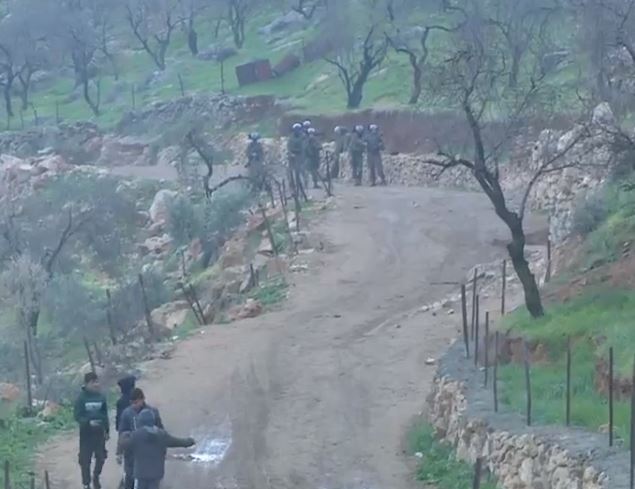 Israeli soldiers injured, Friday, a young Palestinian man and caused several others to suffer the effects of teargas inhalation, in the al-Mughayyir village, north of the central West Bank city of Ramallah.

Local sources said the soldiers fired live rounds, rubber-coated steel bullets, and gas bombs, at the Palestinians who were nonviolently marching towards their lands in the al-Qale’ area, east of the village.

They added that a young man was shot with a rubber-coated steel bullet, and many others suffered the effects of teargas inhalation.

The Palestinians were marching towards these lands that have been subject to seriously escalating attacks carried out by the soldiers and the illegal colonialist settlers, who are attempting to annex them for the construction of the colonies.

It is worth mentioning that, on Thursday at dawn, the soldiers abducted 16 young Palestinian men, during massive invasions and violent searches of homes in the village.

Resident Ayman Abu Alia, the father of Ali, 14, who was killed by Israeli army fire, on December 4, 2020, said the soldiers stormed his home and searched it, in addition to threatening to kill his other children if the protests do not stop.