Army Abducts A Palestinian Near Jericho 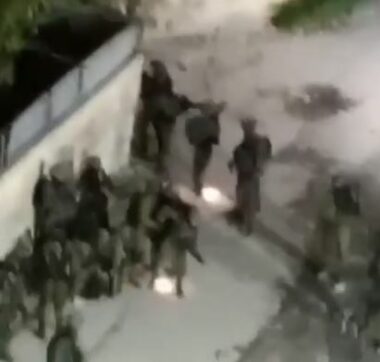 Eyewitnesses said the soldiers abducted Abdul-Rahman Saleh, 20, and moved him to an unknown destination.

They added that the soldiers first invaded the refugee camp and fired many gas bombs and concussion grenades at Palestinians who protested the invasion, and several surrounding homes.

Also on Thursday evening, the soldiers abducted a young Palestinian man from his home in the at-Tour town, in the occupied capital, Jerusalem.

On Wednesday evening, the Israeli District Court in Jerusalem ordered the release of ten Palestinians, who were abducted following protests in the town, after dozens of soldiers invaded it and ransacked many homes.