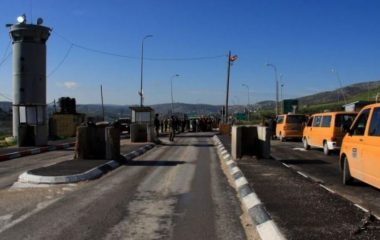 Israeli soldiers shot and injured, on Monday morning, an elderly Palestinian man at the Huwwara military roadblock, south of Nablus, in the northern part of the occupied West Bank.

The Palestinian Red Crescent Society (PRC) has reported that the elderly man, identified as Hussein Hasan Qawareeq, 72, suffered moderate wounds after the soldiers shot him with two live rounds in the pelvis and one of his legs.

It added that its medics rushed to the scene of the Israeli attack, and moved the man to Rafidia Government run hospital, near Nablus. Qawareeq is from Awarta village, east of Nablus.

It remains unclear why the soldiers opened fire on the elderly Palestinian man, and there have been no reports of any attacks against the soldiers.