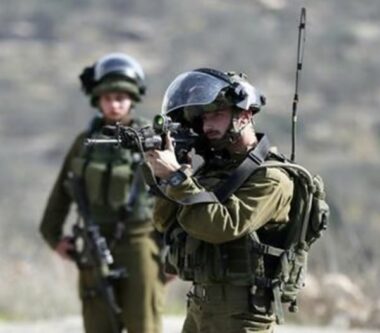 Eyewitnesses said the soldiers fired many live rounds at the Palestinian workers, waiting near the gate to be allowed through, wounding six of them in their lower extremities. The injured workers are all in their twenties.

Medical sources at Thabet hospital in Tulkarem, said two of the six Palestinians suffered fractures in their legs.

It is worth mentioning that the army repeatedly opens fire at the Palestinian workers near the gates of the Annexation Wall, in several parts of the West Bank, causing dozens of casualties.

The soldiers frequently open fire at the workers to force them to disperse and leave the area and have in many cases chased and abducted many of them.