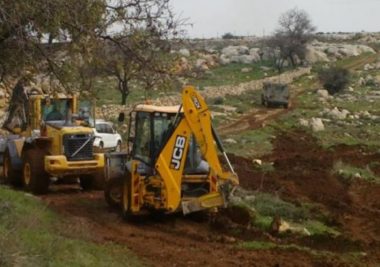 Breijiyya added that the lands are privately owned by families from Husan, and that the uprooting came as part of Israel’s illegal colonialist policies in that area.

Israel is trying to expand its illegal colonies, built in direct violation of International Law and the Fourth Geneva Convention, by illegally annexing and destroying more Palestinian lands.