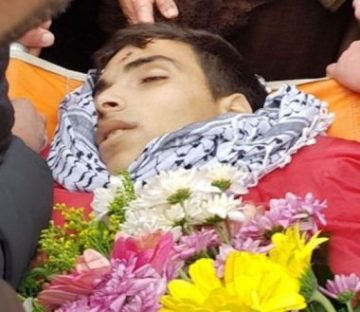 Israeli soldiers resorted, Thursday, to the excessive use of force against the funeral of slain teen from Deir Nitham village, north of the central West Bank city of Ramallah, and seriously injured one Palestinian with live fire.

It added that the seriously wounded young man was rushed to the Istishari Hospital in Ramallah, and was moved to surgery before being placed in the Intensive Care Unit.

The young man was shot during the funeral procession and ceremony of Mos’ab Firas Tamimi, 17, who was killed by the soldiers, Wednesday, in Deir Nitham.

The soldiers installed a military roadblock at the main entrance of Deir Nitham, and started firing gas bombs and concussion grenades at the funeral procession. 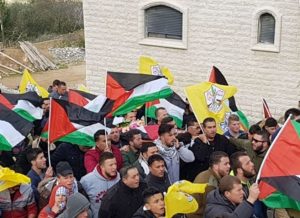 Many youngsters then hurled stones at the soldiers, who fired more gas bombs, concussion grenades, rubber-coated steel bullets and rounds of live ammunition, causing many injuries, including the young man, who suffered life-threatening wounds.

It is worth mentioning that the funeral procession started from the Palestine Medical Complex, in Ramallah city, where the slain teen’s body was transported by ambulance, followed by many Palestinians cars, heading to Deir Nitham. 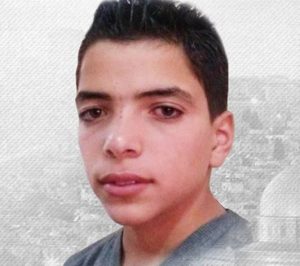 The soldiers stopped the ambulance and the cars, before local youngsters carried the Tamimi’s corpse and marched to the village while holding Palestinian flags, and chanting against the ongoing illegal Israeli occupation of Palestine.