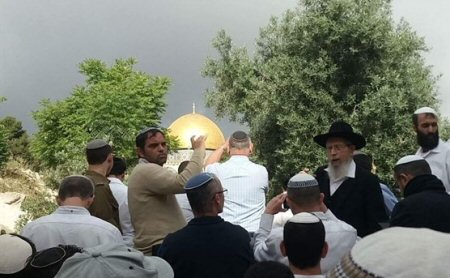 Forces also stormed the Marawani and Dome of the Rock mosques, inside the compound.

An Israeli policeman also attempted to enter the Dome of the Rock mosque wearing a kippah; Israeli forces then imposed closure on the compound for several hours, having been heavily deployed across the compound since early morning.

The Al-Aqsa Mosque compound, which sits just above the Western Wall plaza, houses both the Dome of the Rock and Al-Aqsa mosque.

The third holiest site in Islam, it is also venerated as Judaism’s most holy place, as it sits where Jews believe the First and Second Temples once stood.