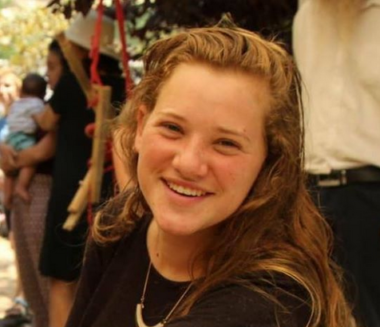 Israeli sources have reported that an teenage girl, 17 years of age, was killed, while her brother and father were injured, when a bomb went off near them while hiking near the illegal Dolev colony, in the occupied West Bank. The Israeli army said the bomb was placed by Palestinians and initiated a massive search campaign in the area.

The sources said Rina Shnerb, 17, from Lod city, was killed, while her brother Dvir, 19, suffered serious wounds, and her father Eitan, 46, was mildly injured, when an improvised explosive went off near them while hiking near a spring northwest of Ramallah, in the central part of the occupied West Bank.

The three Israelis were moved to Hadassah Medical Center in Jerusalem; the condition of her brother was described as serious but stable, and was placed in the Intensive Care Unit for monitoring.

The area where the explosion took place, filled with olive groves, is a destination for many Israeli hikers in the occupied West Bank, and the Palestinians are largely denied access.

Following the incident, the Israeli army closed the area, near to Deir Ibzi’ village, west of Ramallah.

The closures and extensive military deployments are focused in Wad ad-Dalb area, west of Ramallah, Kafr Ni’ma village, Ein Ayyoub Junction and Ras Karkar village, where the soldiers stormed and ransacked dozens of homes and stores, and detained a Palestinian photojournalist, identified as Hisham Abu Shaqra.

In addition, the army closed the roads linking between Sarda village and al-Irsal Street, in addition to Ein Siniya junction, at the northern entrance of Ramallah, before stopping and searching dozens of Palestinian cars. The army also invaded Betunia town, west of Ramallah, especially the area of its main roundabout in the town’s center, and prevented the Palestinians from entering or leaving it.

In addition, dozens of illegal Israeli colonists closed the main roads linking between Huwwara town, south of Nablus in northern West Bank, and several other surrounding areas, before throwing stones at Palestinian cars.

The colonists mainly gathered on Yitzhar road, where they attacked many Palestinian cars, while Israeli soldiers did not try to stop them.