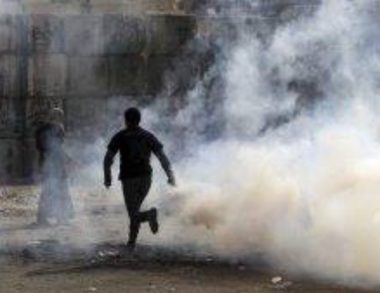 In addition, dozens of protesters suffered from the effects of tear gas inhalation.

According to the Palestinian news agency Wafa, clashes with the Israeli occupation forces broke out in the “al-Tal” area of ​​the Old City, during which the soldiers fired live and metal bullets, wounding three young men with rubber-coated metal bullets in the foot and thigh.

Al Khader town was named after Al Khader monastery which is located in the old town. The town dates back to at least 1700 AD.

Since 2001, Israeli authorities have targeted the land of Al Khader for Israeli settlement expansion at the expense of the Palestinian residents.

According to the Applied Research Institute of Jerusalem, over the past twenty years, the Israeli occupation forces have handed many Palestinian families in Al Khader town military orders of demolition and of halting construction of any houses under the pretext of illegal construction, as they claim that the houses are located in area C, which is under Israeli full control, according to Oslo Agreement signed in 1995.

Thus, every Palestinian who wants to build a house or a room to an existing house must be subjected to long, complicated, and expensive application processes, which usually are rejected by Israeli forces.