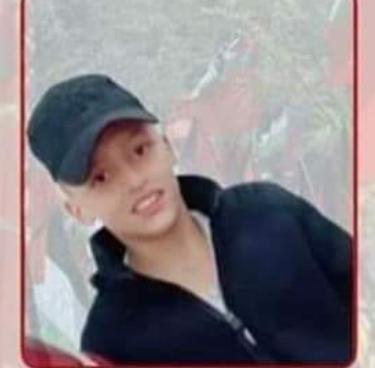 Two 14-year old boys were shot Thursday evening near the al-Aqsa Mosque in Jerusalem after an alleged stabbing of an Israeli police officer that resulted in a light injury.

Israeli sources reported, Friday, that one of the two Palestinian teens who were shot and seriously injured near al-Aqsa Mosque in occupied East Jerusalem Thursday, died of his wounds.

He was identified as Nassim Abu Roumi, 14, from the al-‘Ezariyya town, east of occupied East Jerusalem.

The other child who was shot Thursday evening, Hammouda Khader Sheikh, 14, from al-Walaja, south of Jerusalem, is believed to still be in critical condition in an Israeli hospital. Some Palestinian media sources have reported that Hammouda also died of his wounds, but that was not confirmed by IMEMC reporters.

The army and the police fired many live rounds at the two teens, and several Palestinians in the area, moderately wounding two bystanders.

It is worth that Nassim is the son of Mokafih Abu Roumi, a political leader of the Democratic Front for the Liberation of Palestine (DFLP), in Jerusalem.

Israeli soldiers stormed his father’s home, and abducted him shortly after the reported stabbing incident. The Israeli army also summoned the Abu Roumi and Sheikh families for interrogation in a security center between al-Ezariyya and East Jerusalem.

A number of Palestinians were reportedly injured by live ammunition, including a guard for the Al Aqsa Mosque, when Israeli forces opened fire on people in and around the mosque following the alleged stabbing of an Israeli police officer by two unknown assailants.

Israeli media sources report that the two suspects in the stabbing were both teenagers, and were both shot by Israeli troops, and one was killed. They have not been identified.

The paper quoted an Israeli medic, Moshe Cordova, as saying, “When we reached the scene, we saw a man who was fully conscious. He had stabbing wounds. We gave him emergency care that included stopping the bleeding and bandaging, and evacuated him to a hospital with light wounds”.

The Al Aqsa Mosque was closed by Israeli troops, who fired live ammunition at worshipers attempting to evacuate the area, according to the Palestinian Wafa News Agency.

This incident follows a recent invasion of the Al Aqsa Mosque by hundreds of right-wing Israeli settlers this past Sunday, accompanied by Israeli soldiers, who forced their way into the mosque on one of the most significant holidays in the Muslim calendar, when tens of thousands of people had gathered to pray at the mosque.

During the scuffles that ensued, 61 Palestinians and 4 Israeli police were reportedly injured, according to the Israeli paper Ha’aretz.