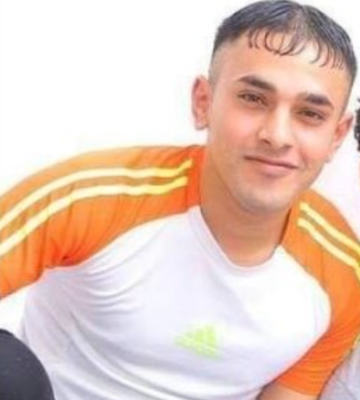 The Palestinian Health Ministry and the District Civil Coordination Office have reported that the Palestinian, who was killed by Israeli soldiers near Etzion, south of the West Bank city of Bethlehem, has been identified as Ala Khader al-Hreimi, 26.

The Israeli army claimed the soldiers fired many live rounds at his car after he reportedly deliberately rammed two Israeli colonists near Etzion illegal colony.

The Palestinian, a construction worker, is a former political prisoner who was detained by Israel for two years and was previously shot by Israeli soldiers.

Following his death, the soldiers summoned his brother, Abdul-Salam al-Hreimi, for interrogation at Roadblock #300, south of Bethlehem.

Israeli sources said the two wounded settlers are Noam Navis, 19, who was moderately injured, and her brother, Nachum, 17, who suffered a serious head injury and has been hooked to a respirator, from Gush Etzion.

Israeli sources have reported that two colonialist settlers were injured, Friday, after being rammed by a Palestinian driver, near Gush Etzion colony, north of Bethlehem in the occupied West Bank. The sources said the Palestinian driver was “neutralized.”

One of the Israeli colonists, 18 years of age, was seriously wounded in the incident, and a 19-year-old suffered a moderate injury.

Israeli Ynetnews said “it remains unclear whether the incident was a deliberate attack, or a traffic accident,” and added that the driver was “neutralized.”

Israeli daily Haaretz said the driver, who has not been identified at the time of this report, was pronounced dead at the scene. 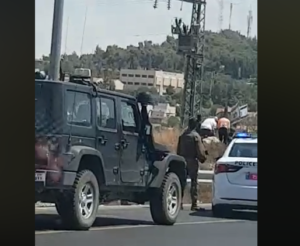