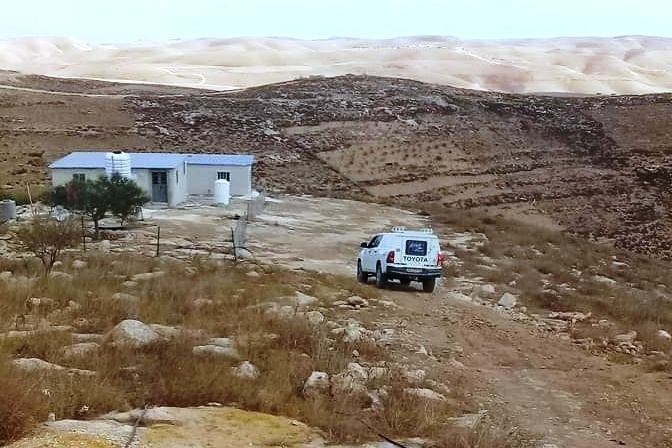 On Friday evening, a squadron of heavily-armed Israeli soldiers invaded the Palestinian “Al Majaz” community in Masafer Yatta, south of Hebron, and conducted a census of residents.

The census was likely a preparation for Israeli demolition of the Palestinian homes in the village. The soldiers did not tell the villagers the reason for the census, but in the past such counts have been part of the lead-up to a mass demolition of homes.

The coordinator of the Protection and Resilience Committee in Masafer Yatta, Fouad Al-Amour, told the Palestinian news agency Ma’an that the census by the soldiers included recording the names and numbers of the ID cards of all the Palestinian villagers, the names of their minor children, and the number of members of each family, without explaining the reasons and purpose of this procedure. .

It is worth noting that Al-Majaz community is among 12 residential communities threatened with demolition and forced displacement. The Israeli High Court rejected, in early May, the petition submitted by the residents of those communities against the Israeli occupation’s decision in 1981 to declare their lands and villages as firing zones.