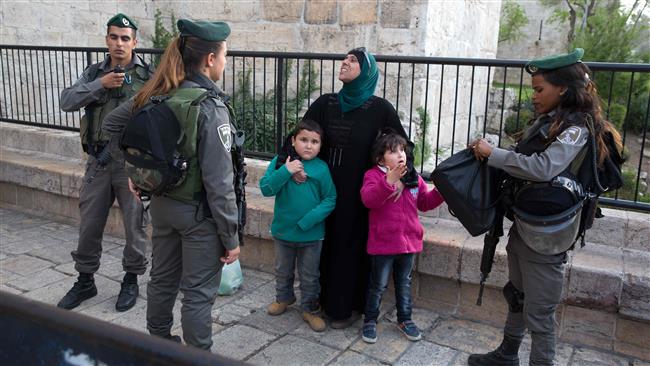 The Israeli regime has placed 65 children in al-Quds (Jerusalem) under house arrest, in the first half of 2016, the Palestinian committee for prisoners and former prisoners’ affairs says.

The committee added, according to Press TV/Al Ray, that 12 other children in al-Quds have also been detained without trial or charge under the so-called Israeli policy of administrative detention since the beginning of 2016.

Administrative detention is an archaic policy dating back to the times of British Mandate, in which “criminal suspects” are detained, for repetitive 6-month periods, without charge or trial, and, most often, under unacceptably harsh conditions.

The report added that 18 children were taken out of their residential areas in al-Quds during the same period.

The head of the committee, Issa Qaraqe, said that the Israeli regime places the children under house arrest in return for their release from jail. Israeli forces conduct sudden raids on these children’s houses to make sure they have not violated the terms of the arrest.

Palestinian sources say that some 23 percent of the children who have been placed under house arrest suffer psychological problems and 44 percent of them have left their studies unfinished.