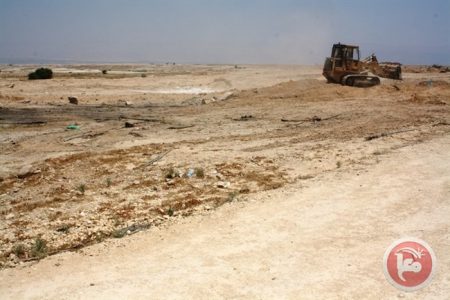 Israeli forces accompanied by a bulldozer raided the occupied West Bank village late Wednesday, destroying the water pipes and the rural road, causing clashes to break out between locals and Israeli forces.

15 people were reportedly treated for unknown injuries following the clashes.

A spokesperson for COGAT, the Israeli agency responsible for demolitions in the occupied Palestinian territory, told Ma‚Äôan News Agency that they were looking into reports.

Demolitions of Palestinian infrastructure and residences occur frequently in Area C, with the Jordan Valley‚Äôs Bedouin and herding communities being particularly vulnerable to such policies.

Israeli forces confiscated cattle and water tanks, as well as agricultural machinery from Bedouin Palestinians in the so-called firing zone earlier this month.