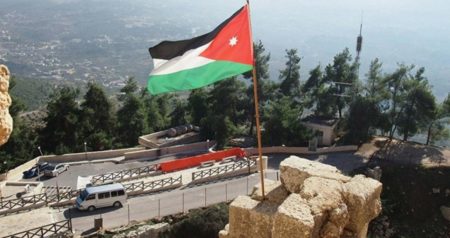 A Jordanian parliamentary delegation, on Wednesday, withdrew from the annual five-day conference of the Organization for Security and Cooperation in Europe (OSCE), which is being held in Luxembourg.

The Jordanian delegation, led by assistant speaker of the house of representatives MP Ibrahim Al-Qar’an, withdrew from the first day of the conference, to protest against the seating of its delegation site next to lawmakers from the Israeli occupation state.

It is not clear if the Jordanian delegation will attend the remaining days of the conference or not.

The OSCE Parliamentary Assembly is meeting for its 28th annual session in Luxembourg on 4-8 July 2019, which is held under the theme “Advancing Sustainable Development to Promote Security.”

Al-Qar’an said the Jordanian delegation withdrew after he was surprised that the seat allocated to him was at the same table prepared for the Israeli delegation.

The Jordanians made several attempts to convince the organizers of the conference to change the seat of their delegation or to remove the Israeli delegation, but their request was declined.

Al-Qar’an said that despite the delegation’s keenness on attending the conference, the principle of not sitting next to Israelis “came from our principles, morals and our religion that does not allow us to sit with people from the Zionist entity that has usurped our holy places.”