King Abdullah: “No Peace Without A Palestinian State With East Jerusalem As Its Capital” 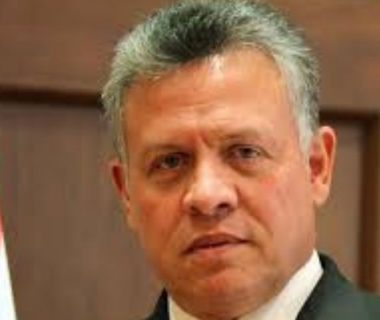 King Abdullah of Jordan stated, Thursday, that there can be no peace or stability in the region without establishing an independent Palestinian State, with East Jerusalem as its capital, living in peace and stability next to Israel.

The Jordanian Monarch stated, during a meeting in Amman with the German Chancellor Angela Merkel, that the Palestinian-Israeli conflict remains the core issue in the region, and added that Germany, along with the European Union, have an important role in boosting the efforts to achieve peace and the two-state solution.

“Germany is a leading country among the world, and we are looking for a great role by Berlin, and the European Union, in supporting all peace efforts in the Middle East,” King Abdullah said, “Jordan will also continue its role in protecting the Islamic and Christian Holy Sites in Jerusalem.”

The two leaders also discussed various issues, including the strategic relations between Germany and Jordan, in addition to local, regional and international developments.