Labour MP: Balfour Should Be Marked by Recognizing Palestine 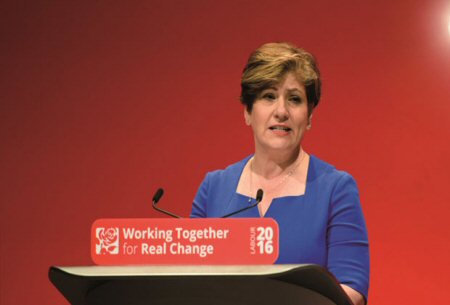 A top parliamentary member of the UK Labour Party has said that “the most important way” for the UK to mark the 100th anniversary of Balfour Declaration is to “recognize Palestine.”

In an interview published Monday, with the Middle East Eye news site, Shadow Foreign Secretary Emily Thornberry said the UK should not celebrate the declaration, which pledged Britain’s support for a Jewish national home, as there is not yet a Palestinian state.

“I don’t think we celebrate the Balfour Declaration but I think we have to mark it because I think it was a turning point in the history of that area and I think probably the most important way of marking it is to recognize Palestine,” said Thornberry, according to Days of Palestine.

“The British government have said they will do {so}, it’s just a question of when the time is right and it seems to me this is the time.

Thornberry issued harsh criticism against Israel’s settlement policies in the occupied West Bank, saying that the Israeli government has “lost its way” and is undermining a two-state solution.

“What are they now doing? Are they heading for a one-state [reality]? It seems, on the face of it, that they may be,” she said.

She is set to attend a dinner in London, this week, with Prime Minister Benjamin Netanyahu, in celebrating the centennial of the Balfour Declaration, and said she would also go to a separate event with Palestinians, to mark the anniversary.

The Labour MP was asked by party leader Jeremy Corbyn to attend the dinner in his stead after he decided not to attend the event.