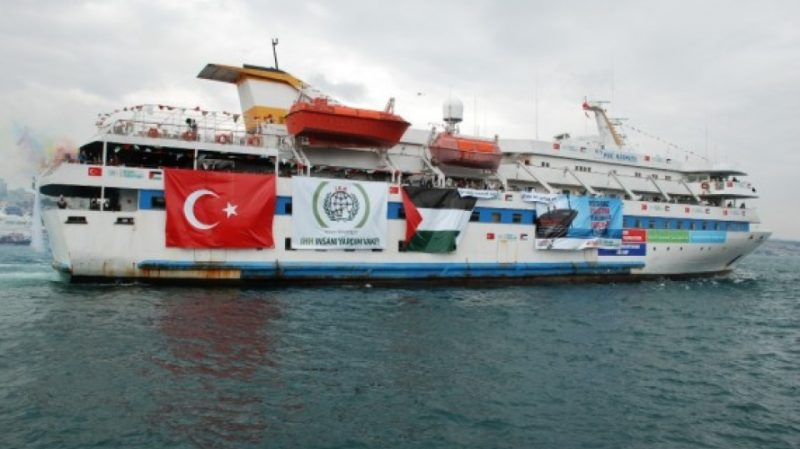 Families of those killed by Israeli forces, aboard an aid flotilla heading for the besieged Gaza Strip, in 2010, will appeal the International Criminal Court (ICC)’s recent decision not to press charges against Tel Aviv.

Their lawyers announced the news on Thursday, three days after the ICC’s Chief Prosecutor, Fatou Bensouda, said there was “no reasonable basis to proceed with an investigation.”

In a statement, lawyers said that the decision showed that the “intent is to safeguard Israel — so blatantly and flagrantly right under the international community’s nose — against any indictments of war crimes.”

Bensouda’s decision was made three months after the tribunal’s judges in The Hague ordered her, for a second time, to reconsider her earlier refusals and to launch an investigation into the case.

On May 31, 2010, Israeli naval commandos, from speedboats and helicopters, attacked the Gaza Freedom Flotilla comprising six civilian ships in international waters in the Mediterranean Sea, killing nine Turkish citizens, including a teenager with dual Turkish-US citizenship, on board the Turkish-flagged Mavi Marmara.

A 10th Turkish national later succumbed to his injuries in a hospital, in 2014. The Israeli attack also wounded some 50 other people on board the ship.

The flotilla was trying to reach the Gaza Strip and deliver desperately-needed humanitarian aid to the inhabitants of the blockaded sliver.

Israel’s military raid against the civilian flotilla was met with global condemnation. The United Nations Security Council at the time called for a prompt investigation into the incident and the UN Human Rights Council described the attack as “outrageous.”

A large number of human rights groups also slammed the raid, while dozens of protests were held in support of the victims’ cause, in several countries, including Turkey, Indonesia, Lebanon, and Sweden.

“We expect the High Court to accept our appeal and initiate the investigation by overturning the prosecutor’s decision,” the lawyers further said in their joint statement, on Thursday.

In 2014, Bensouda said that she would not prosecute Israel over the incident, claiming that the case was “not of sufficient gravity” to come before the ICC.

Lawyers of the families also said in the statement that the tragic incident was not an isolated problem and that the Bensouda “willfully refuses” to open investigations involving Palestinian causes.

Some four months after the incident, Ankara suspended its military ties with Tel Aviv and expelled the Israeli envoy from Turkey over Israel’s refusal to apologize for the killing.

Furthermore, a criminal court in Turkey, in 2014, issued arrest warrants for four Israeli military officers, deemed by the Turkish government as the main culprits in the case, and turned over the warrants to Interpol to arrest the suspects, but to no avail.

Turkey and Israel, however, normalized relations in June 2016 after a series of not very public negotiations. An agreement to normalize the ties entailed the payment of $20 million in compensation for the families of the victims

Gaza has been under Israeli siege since June of 2007, which has caused a severe decline in living standards, PNN further reports.

The occupying regime has also launched three major wars against the enclave since 2008, killing thousands of Gazans, each time, and shattering the impoverished territory’s already poor infrastructure.