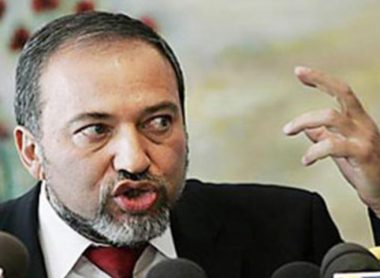 Israeli Defense Minister Avigdor Lieberman said, Sunday, that Israel will not hold any investigation, or cooperate with international inquiries, into the excessive use force against unarmed protesters in Gaza, Friday, leading to the death of sixteen Palestinians, in addition to hundreds of injuries.

Lieberman did not only refuse any investigation into the deadly Israeli military assault, but also said that Israel will not cooperate with any inquiry, including potential international investigation.

The Israeli official who lived in an colony in the occupied West Bank, even threatened stronger and more violent military measures against the Palestinian protesters, “especially if any of them try to cross the border fence.”

The Israeli official also echoed previous baseless allegations claiming that “%90 of the protesters, and their families, were paid by Hamas.”

He also attacked statements by the head of Meretz party Tamar Zandberg, who called on the army to investigate the excessive use of force and described the soldiers as trigger happy.

Lieberman went on to claim that at least ten of the slain Palestinians were “members of Hamas,” and added that the soldiers “performed what was necessary and deserve a medal.”

He also alleged that Hamas “allotted 15 Million US Dollars for the processions,” and that “%90 of the protesters were Hamas members, and their families, who are paid salaries.”

His statements came to justify the excessive use of force against nonviolent protesters, largely refugees displaced and expelled from their homes and lands when Israel was established in the historic Palestine in 1948.

The Palestinian Health Ministry in Gaza said the soldiers killed 16 Palestinians during the processions, and injured 1479 others, on Friday and Saturday.

It added that 805 of the wounded Palestinian were shot with live fire, 154 with rubber-coated steel bullets, 425 suffered the effects of teargas inhalation and 95 suffered burns, cuts and bruises.

In the morning to noon hours of Sunday, the soldiers injured more than 100 Palestinians, many of them with live fire, and the rest suffered the effects of teargas inhalation.