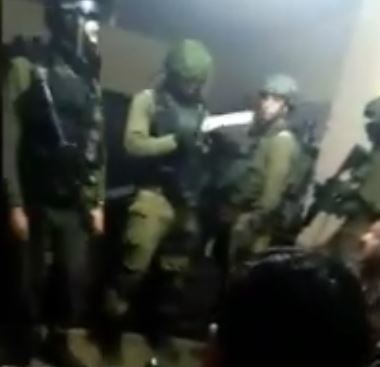 Israeli soldiers abducted, on Sunday at dawn, four young Palestinian men, including two teenage siblings, from their homes near Hebron and Bethlehem, in the occupied West Bank.

The soldiers also stopped and searched cars at the main entrance of the refugee camp, and interrogated many Palestinians while inspecting their ID cards.

In addition, the soldiers invaded the al-Khader town, south of Bethlehem, also searched homes, before abducting Mohannad, 18, and his brother Hamza Mahmoud Darwish, 16, in the al-Jabal area.