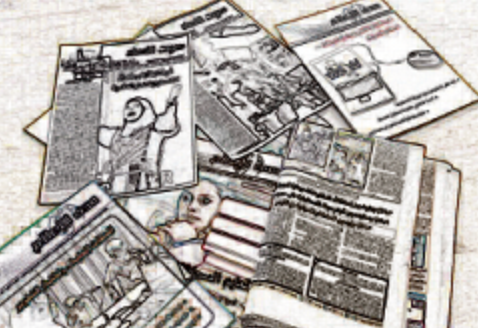 The Palestinian Center for Development and Media Freedoms “MADA” has issued a study on women’s press and freedom of opinion and expression in Palestine.

The study was intended to shed light on women’s press from competent institutions devoted to women’s issues and rights in Palestine, as well as their contributions in promoting freedom of expression and the obstacles encountered, through providing an in-depth illustration on how to address women’s issues by a group of competent media organizations.

The study was prepared by two researchers, Walid Moussa and Bassam Awartani — the thirteenth in a series of studies released by “MADA” center, in order to help address issues and highlight cases, and to promote freedom of expression and the development of media in Palestine.

The study concluded that women’s press has become more capable of raising issues on women’s rights and barriers, and that this is an indicator of widening spaces of freedoms and tackling women issues in media. The study also recorded certain weaknesses in media, particularly in surveys, electronic media and the poor use of advanced technologies with regard to presenting media content in ways that ensure widespread publication — as opposed to self-censorship in journalism and media workers — and, above all, the dominance of political discourse.

The study was issued with support by the “Open Society institutions”, with a recommendation to enhance coordination between women’s press institutions. The aim, according to the PNN, is to build an integrated media strategy and to encourage investigative journalism, with a focus on raising important issues such as the economic empowerment of women over political, and striving to develop a periodic evaluation regarding the impact of specialist media pertaining to women’s programs, through field surveys, in addition to providing comprehensive help in understanding the strengths and weaknesses of the most influential aspects of society and the public.