Many Palestinians Suffer The Effects Of Teargas Inhalation Near Bethlehem 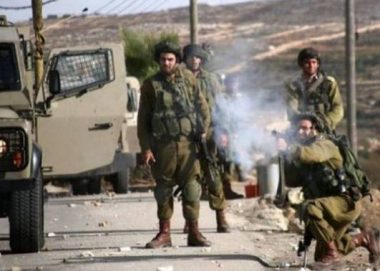 Taiseer Abu Mfarreh, the head of Teqoua’ Local Council, said the soldiers harassed several children, an issued that pushed some Palestinians to throw stones at them, and added that the army fired live rounds, gas bombs and concussion grenades.

He also stated that many Palestinians, mainly children and teachers, suffered the severe effects of teargas inhalation.