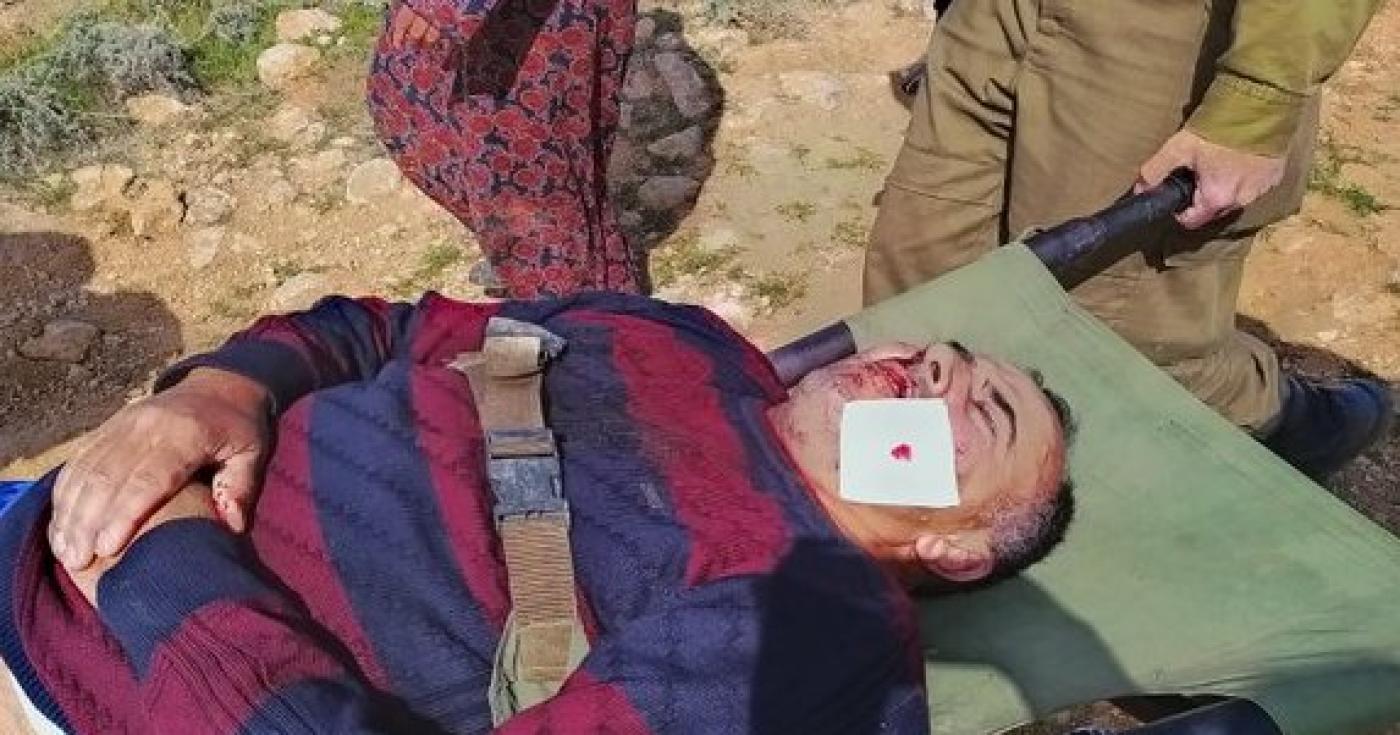 A group of illegal Israeli colonists, on Saturday, assaulted a Palestinian family who were tending to their land in the South Hebron Hills, in southern occupied West Bank.

B’Tselem, the Israeli Information Center for Human Rights in the Occupied Territories published a video of the Alayan family being attacked by a group of settlers, near the illegal Mitzpe Yair colony.

Local activist, Rateb Jabour, told Palestinian WAFA News Agency that settlers assaulted Said Alayan and his wife, while they were on their plot of land in al-Qawaqis area of Masafer Yatta.

Jabour stated that the settlers caused a moderate injury to Said, who was transferred to the local hospital in Hebron. His wife suffered a mild injury, the children were physically unharmed.

Furthermore, the family’s vehicle was vandalized by the colonists.

Alyan family – which lives in Um Lasafa (the same village of the 5 boys that were arrested last week) owns a plot of land near Mitzpe Yair (A settlement that Israel defines as an illegal outpost) and the settlers regularly prevent them from accessing their land. pic.twitter.com/Q3A0ZnzF2C