Medical Detainee on Hunger Strike for 7th Day in a Row 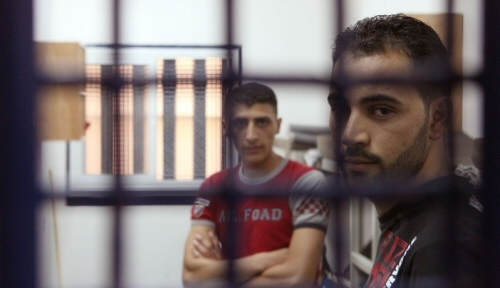 Palestinian patient detainee Mansour Mowkada, 47 years old, from the town of Salfit, has now continued his hunger strike for the seventh day in a row. He is engaged in protest against the medical negligence policy pursued, by Israeli occupation authorities, against him.

The Palestinian Prisoners’ Society, in a press release, pointed out that Mowkada is being fed only liquids and essential medicines  in Ramle Prison Clinic.

Israeli forces took Mowkada into custody in 2002, and sentenced him to life imprisonment. During his arrest, he was severely wounded, and suffered from hemiplegia; he continues to live by way of a plastic stomach and intestines.

According to Al Ray Palestinian Media Agency, local human rights organizations reported, in 2014, that 800 patient detainees (out of 6,800 Palestinian prisoners), are serving in various Israeli prisons.

More than 24 prisoners are suffering from mental illness and health deterioration, due to lack of medical care. Israeli Prison Service reportedly offers them only painkillers and drugs which force the patient to sleep for long hours.