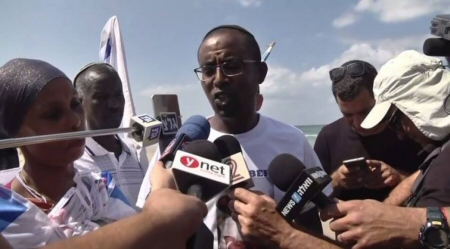 The family of the missing  Ethiopian-Israeli soldier, Mengistu, demonstrated on Thursday, near the Gaza border, where he went missing.

The family said: “It seems that [the] Israeli government has forgotten our son, and it forgot that he is a Jewish and Israeli citizen,” calling on  Netanyahu to take steps before it’s too late.

Mengistu passed the border fence into the Gaza Strip, near the Ashkelon area; Israeli sources claimed that the Hamas movement arrested him.